We strive for our work to have an impact on those we teach and on the communities we serve. Reaching our goals brings deep satisfaction, and we are very grateful for the recognitions we receive.

The Albert W. Johnson University Research Lectureship is awarded annually to an SDSU faculty member for outstanding achievement in research and scholarship. Its purpose is to recognize such achievement, to foster its continuation, and to enable a distinguished resident faculty scholar to share his/her knowledge more broadly with and beyond the academic community. >>Link to full article

SDSU Health Behavior Doctoral Student, Petrona Gregorio-Pascual, of IBACH is recognized by the Society of Behavioral Medicine for her theoretical research on sugary beverage consumption.    >>Link to full article

On January 22, 2019, Guadalupe X. Ayala, Ph.D. received the the Wang Family Excellence Award for Outstanding Faculty Scholarship. The  award recognizes four outstanding CSU faculty members and one outstanding staff member who, through extraordinary commitment and dedication, have distinguished themselves by exemplary contributions and achievements. 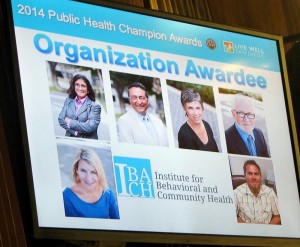 This honor has been bestowed by the County of San Diego Health and Human Services Agency (HHSA) Public Health Services in recognition of our organization’s extraordinary achievement in protecting and promoting the health of residents in San Diego County. 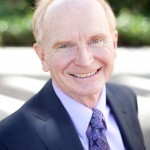 Thom McKenzie received the Honor Award, which is given annually to an academic or research professional who has made a major contribution to the advancement and promotion of the science of physical activity and/or nutrition, in addition to being an advocate of the President Council’s mission. Previous award recipients have included such notables as Stephen Blair and Russ Pate.

Emily Schmied PhD candidate from the Our Choice project, won a Presidential Award for her oral presentation entitled: Factors Predicting Intervention Fidelity of a Family-Based Dietary Intervention. Emily will go on to the CSU state-wide competition in early May. 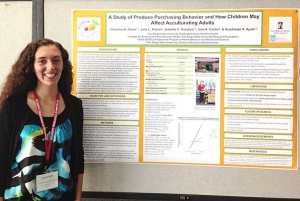 Dr. Greg Talavera, Professor in Public Health, is an internationally known scholar, educator, and researcher in the field of public health. On August 26, 2010, he was named by the Alumni Association as the College of Health and Human Services Monty Award Winner for Outstanding Faculty Contributions to the university for the 2009-2010 academic year. Dr. Talavera is a bilingual bicultural physician trained in public health and preventive medicine. During the early part of his career, he practiced ambulatory medicine in the Spanish-speaking, undeserved communities of San Diego’s border region. His current research interests explore the culture-specific beliefs that serve as barriers to chronic disease prevention and control.

On September 30, 2009, the Institute for Behavioral and Community Health at San Diego State University was recognized by Excelencia in Education, a national initiative to accelerate Latino student sucess in higher education. After review of over 70 entries, IBACH was selected as the Outstanding Graduate Training Program. The Excelencia Award was presented at the Celebración de Excelencia held at the U.S. Capitol Visitor Center in cooperation with the Congressional Hispanic Caucus.

In recognition of his work, Dr. Elder was named distinguished professor of public health and the winner of the 2009 Albert W. Johnson Research Lectureship, an annual award honoring outstanding achievement in research and scholarship by an SDSU faculty member. Click here for more information. 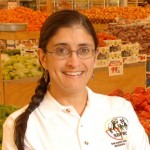 The Society of Behavioral Medicine recognizes excellence in the total career achievement and review of a representative published paper through the Early Career Investigator Award.

Dr. Elder has been an inspiration to a field struggling with both the programmatic and methodological challenges of conducting research in multicultural contexts. His fluency in Spanish, his extensive work in Mexico, and his consulting in numerous other developing countries give him a broader than usual perspective on the application of behavioral and social sciences in public health and education. Dr Elder has consulted for USAID, Rockefeller Foundation and WHO projects in 15 different countries in Asia, Latin America, and Europe in the areas of child survival, maternal and child health, dengue fever control, research design, and social marketing.