by Elena
Comments are off

The UC San Diego School of Medicine announced the start of a four-year, $3.7 million multidisciplinary research center to investigate the relationship between sedentary behavior and cardiovascular risk factors in Latinas. 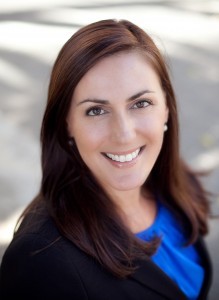 Dr. Sheila Castaneda, a research assistant professor in the Graduate School of Public Health at San Diego State University, will also participate in the research with her study Population Project Biopsychosocial and Ecological Correlates of Latina Women’s Sedentary Behavior. “Recent studies have shown that Latinas living in the United States report high levels of sedentary behavior when compared to other ethnic groups,” said Castaneda. “However, little is known about why this may be. In collaboration with the Hispanic Community Health Study/Study of Latinos, this population-based study focuses on a predominantly Mexican heritage population in San Diego as a starting point to learn about what contributes to excess or prolonged sitting throughout the day.”

The center will also collaborate with investigators at the San Ysidro Health Center System, the South Bay Latino Research Center (SBLRC) and the University of North Carolina, and conduct a training program for “the next generation of researchers who will become leaders on women’s cardiovascular health.” Full story